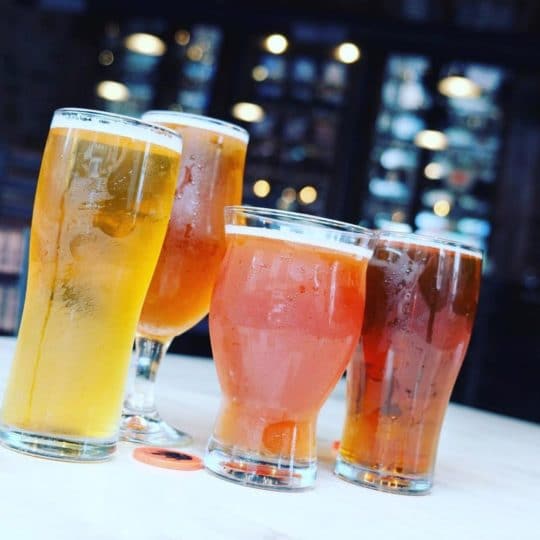 Crowded Castle Brewing Company is a craft brewery located in Phoenixville, Pennsylvania—a town that has more breweries per square foot than anywhere else in America. We sat down with Mark Sofio, brewer and co-owner of  Crowded Castle, to find out how filtration is an important part of their brewing process.

In the craft beer market, it’s not typical to filter beer. Why is it important for you to brew and sell a filtered product?

I think there are multiple reasons. With all the additional material that’s in a beer when it’s not filtered, there’s a definition of taste that gets lost; everything gets blanded down. So, if you taste a beer coming out of a fermenter, when it’s got all that stuff in it, it will taste different than when you get it after it’s filtered. When you take out all the particulates that weren’t designed to be in there, you get a new depth of flavor.

I think one of the characteristics of traditional beers—particularly when you get to the Belgians and some of the German, French, and English beers—is that the yeast gives it flavor. Well, those are esters that are subtle and probably easily muted with the matter in there. So, we found there are certain beers that do well when they are not filtered, and there are certain beers—ones that have predominantly been historically filtered—where filtering is advantageous.

So, what are those beers?

We actually filter everything that is meant to be filtered; we don’t filter beers that are historically and currently not filtered. The one exception is a lager that we brewed with a fair amount of oats. We didn’t want to lose that texture and body through filtering. Unfiltered, it gave a creamy kind of feeling in your mouth—kind of like oatmeal gets glutinous—which we didn’t want to lose.

Usually, our policy is to filter. It’s the exception not to filter for us because I think the flavor is so important in beer, and having other matters in there that don’t add to the flavor isn’t helpful.

Also, people do like sparkly. Aesthetics are hugely important. I think that having clear beer is advantageous. If you have a beer drinker who has been born and raised on hazy beer, I don’t think it will make a difference.

A traditionally hazy beer would be what style?

There are some beers that are supposed to be a little hazy. A lot of the wheat beers are hazy because it is very difficult to filter. Sometimes they don’t filter it out because they want that wheat characteristic. We have sold them here, and we continue to filter these.

Do you feel pressure as a craft brewery to sell an unfiltered product to the younger population?

The unfiltered style is the “hip” style right now. Yes, pressure, in the sense that you have to give the customer what they’re looking for. We design them specifically to be unfiltered beers, like the New England Style.

You are using diatomaceous earth. Why that versus an alternative, like membrane or mechanical filtration that is not a porous media?

The biggest advantage of diatomaceous earth is that it doesn’t clog. With a membrane, you get clogging that can create problems for you. Diatomaceous earth has the longest history in the industry as the filtering media. We looked at membrane filters, but our consultant recommended diatomaceous earth. Once we figured out the filter, we have been extremely happy.

One of the things we’ve seen in the brewing industry in general, over the last decade, is the rise of craft brewers not filtering or transition to membrane filtering. What do you think about that?

There are beers out there that are served as cloudy. In my opinion, it’s one thing to not filter beer, but it’s another to not filter beer and then not age it long enough so what is supposed to fall out of suspension doesn’t. Before filtration, beer makers would let the brew sit until the right clarity was achieved. Now, beer can make it to market so quickly, that if it isn’t filtered or aged, you get a cloudy product.

At Crowded Castle, when we don’t filter beers, we wait to put it into the bright tank for final carbonation until it reaches the clarity we expect. Always do what’s best for the beer and best for the beer drinker.

What are some of the challenges you face with filtration?

There’s always extra loss with filtration. Other than extra time and man-hours, I don’t think there’s a disadvantage.

What can you tell me about the importance of pre-coating?

Is beer filtration the way to go?

I always think filtration will be the primary mode that people will use. I think clear beer is aesthetically attractive and improves the definition of flavors you can get. If I put out a cloudy beer, the primary descriptor is “citrus,” which is a flavor that can cut through everything. Getting subtle flavors in a muddied environment is a difficult thing for people to do. A clear beer offers you that opportunity to actually, from an artistic standpoint, bring in flavors that people don’t expect to get. Crowded Castle even filters ports and stouts—darker beers—for flavor. It’s part of beer taste design.

What separates you in a market where you are infiltrated with craft breweries?

All the breweries in the area work together and all get along. We don’t see each other as competition because everyone has a little bit of a different approach. For us, we are trying to create the most flavorful kind of beer we can.

Located in the heart of historic downtown Phoenixville, PA, Crowded Castle serves quality craft beers brewed on-site, along with ciders, wine and craft liqueurs made in Pennsylvania. Crowded Castle’s interior, designed by its founders, reflects the resurgence of the steel town and the surrounding area, while also paying tribute to its historical past.

How did Crowded Castle get started?

Crowded Castle started out as a group of homebrewers. We were just five guys in the neighborhood who started it as a hobby. We got pretty good at it, and people kept asking where to buy the beer. Over a year and a half, we gave it away to every charity and wedding—really any place that wanted free beer. And the feedback was good! We decided we would contract brew to see if the beer was marketable, and when the beer did well, we began looking into opening our own brewery. 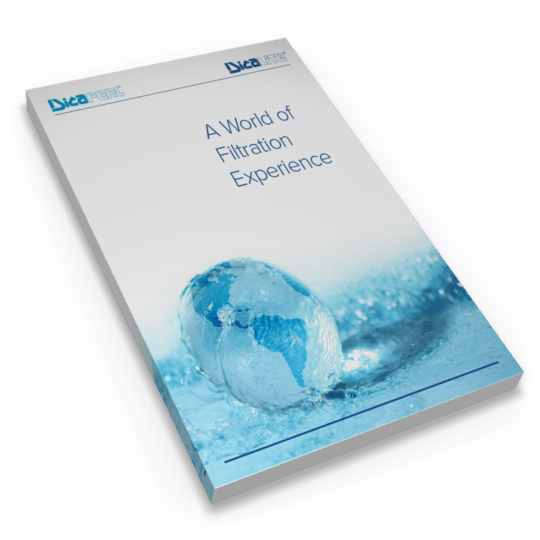 A World of Filtration Experience

A free eBook about using diatomaceous earth, perlite, and cellulose for depth filtration. In this guide, you’ll learn: